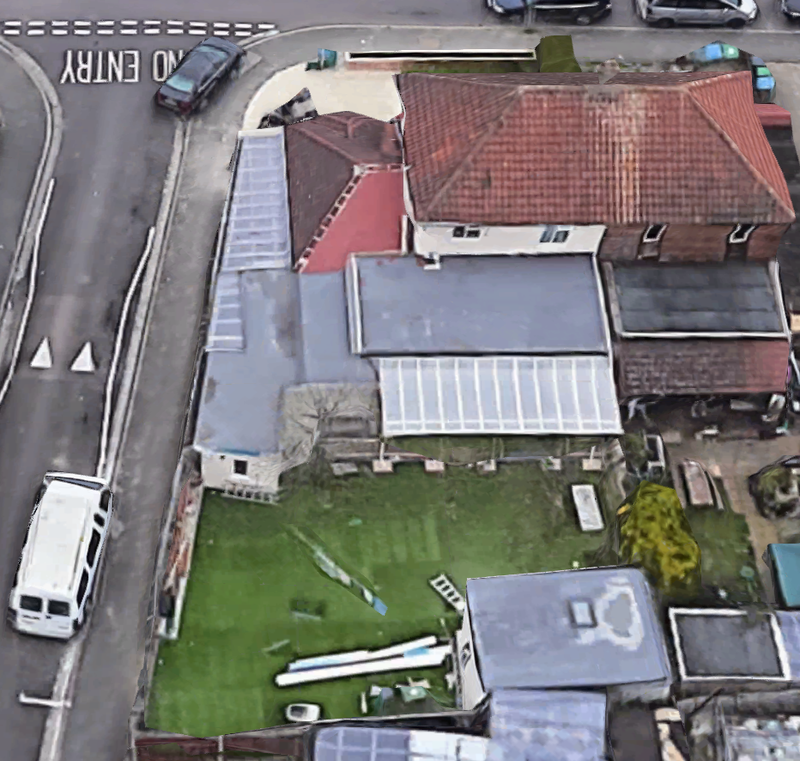 Council Refusal Stated: "The single storey side/rear extension, covered walkway and rear canopy by reason of their individual and cumulative size, scale, massing and design and when seen in conjunction with the single storey side and rear extension approved under applications 04/1016/F and 17/2945/HD results in an incongruous and dominant additions to the detriment of the host property and the wider area. Consequently, the proposal is considered contrary to the NPPF (2018), policy D3 of the London Plan 2021, policies DH1 and DH(a) of the Royal Greenwich Local Plan: Core Strategy with Detailed Policies 2014 and the guidance under the ‘Residential Extensions, Basements and Conversions Guidance SPD (December 2018)’."

Background: Our client at this site had built a significant side and rear extension without permission due to the growing needs of their family and personal circumstance. There was no hiding the fact the development was large and unlawful. The consequences of not overturning the case were clear, enforcement action would be taken by the council, which would have required the demolition of the extension to restore the breach of planning. This would have resulted in a considerable cost to our client, so it was extremely important we gave it our best effort to overturn the decision by Greenwich to refuse permission. The casework we submitted included a detailed argument backed by policy to highlight why LSE believed this development should have been granted permission. In addition to this we supplied a comprehensive catalogue of precedents, which had gained approval via planning and appeal. Our hard work paid off and LSE won another case. Naturally the client was overjoyed with the result and relieved of a considerable stress burden.